Alzheimer's disease (AD), the most common cause of dementia, is a progressive neurodegenerative disorder with the characteristic of neuronal loss in cerebral cortex, hippocampus and amygdala. AD usually appears in older adults (late-onset); however, genetic mutations cause the rare early-onset AD. Although the knowledge about AD has increased in the past decades, an effective therapy is still lacking. More understanding the cellular and molecular mechanism will be helpful for the drug development for AD.

AD is characterized by amyloid plaques (senile plaques) and neurofibrillary tangles (NTFs). The main components of the amyloid plaques and neurofibrillary tangles are Aβ42 and hyperphosphorylated Tau, respectively. The extracellular Aβ oligomers trigger apoptosis and neurotoxicity through activation of death receptors and calcium channels; and the intracellular Aβ oligomers promote hyperphosphorylation of tau, mitochondria dysfunction, and ER stress, leading to neuronal loss.

NLRP3 inflammasome and neuroinflammation in AD

In AD, toxic Aβ and P-tau can be carried and spread by exosomes which are able to pass through the BBB and be detected in the peripheral blood. These properties render exosomes as ideal biomarkers for AD. The levels of Aβ42, T-tau, p-T181 tau, and p-S396 tau provide a good predictor for disease development during the preclinical stage of AD. 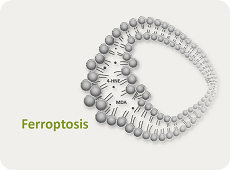 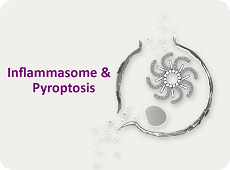