A: Mouse Brain, B: Rat Brain

Alpha-synuclein is a protein that is abundant in the human brain. Smaller amounts are found in the heart, muscles, and other tissues. In the brain, alpha-synuclein is found mainly at the tips of nerve cells (neurons) in specialized structures called presynaptic terminals. Parkinson's disease is the most common neurodegenerative movement disorder. The motor impairments of Parkinson's disease are caused by the loss of dopaminergic neurons in the substantia nigra and associated with the appearance of fibrillar aggregates of α-synuclein (α-syn) called Lewy bodies. Approximately 90% of α-syn deposited in Lewy bodies is phosphorylated at serine 129 (Ser129).

A: Mouse Brain, B: Rat Brain

APP functions as a cell surface receptor and performs physiological functions on the surface of neurons relevant to neurite growth, neuronal adhesion and axonogenesis. It is involved in cell mobility and transcription regulation through protein-protein interactions.

Alzheimer's Disease (AD) is the most common neurodegenerative disorder in elderly people. It has been demonstrated that AD has biological causes and is characterized by the presence of senile plaques and neurofibrillary tangles mainly in cerebral cortex and hippocampus brain regions. Beta-Amyloid (1-40) (Aβ40) and beta-Amyloid (1-42) (Aβ42) are the main components of the above plaques; however, other forms of beta-Amyloid peptides are also present. Both peptides are cleaved from the Amyloid Precursor Protein (APP) by β-secretase and γ-secretase enzymes. Many studies suggest that Aβ42 or/and Aβ43 are required to initiate formation of amyloid plaques and neurofibrills that leads to the neurodegeneration, while Aβ40 is less neurotoxic. 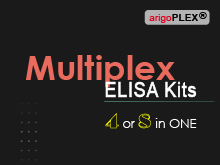 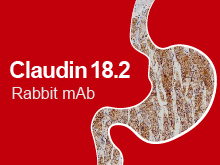 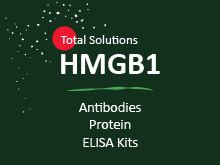